What is “In Terrorem,” you ask? 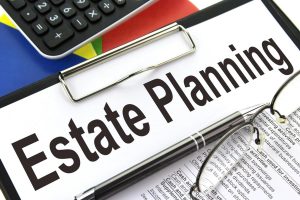 Trust and estate planning, administration, and related litigation are all major focuses of our firm’s practice.  We have had the pleasure of representing thousands of clients in all aspects of those areas.  At all times we endeavor to advise our clients so as to attempt to avoid litigation.  However, sometimes litigation is simply unavoidable.

Very recently our office was successful in obtaining a judgment in favor of our client, the personal representative of his uncle’s estate, after a five-day trial in the Essex County Probate and Family Court.  At issue in that trial were certain actions taken by the personal representative during the course of his administration of the estate, and whether one of the interested persons violated the in terrorem, or anti-contest, clause in the decedent’s will.

The outcome of that trial illuminates a number of issues that should be considered for purposes of both estate planning and estate administration.

No one intends to leave behind a legal mess when they die which requires the next generation of their family to sort out.  No one wants their heirs fighting over their estate after they are gone.  By properly planning ahead with the help of an experienced attorney, you can be proactive in preventing such a situation.

All states, with the exception of Florida and Indiana, enforce in terrorem clauses to some extent.  The Massachusetts Uniform Probate Code provides that in terrorem clauses are enforceable, but our case law establishes that they are to be construed narrowly.  However, as our recent case illustrates, even a broad in terrorem clause that is far-reaching and restrictive regarding what an interested person can do when they are unhappy with the administration of the estate is not always enough of a deterrent.

The clause at issue contained the following language:

“If any beneficiary hereunder shall contest the probate or validity of this Will, or any provision thereof, or shall institute or join in (except as party defendant) any proceeding to contest the validity of this Will or prevent any provision thereof from being carried out in accordance with its terms (regardless of whether or not such proceedings are instituted in good faith and with probable cause), then all benefits provided for such beneficiary are   revoked, and such benefits shall pass to the other beneficiaries named in the provision.”

One of the issues that was before the Court was whether an interested person who attempted to interfere with the duty of the personal representative to determine the extent of the decedent’s interest in a particular piece of real estate at the time of his death triggered that clause.  After a costly trial, the Court ultimately found that the in terrorem clause was triggered and enforced it against that interested person.  The lesson is that it is imperative that great care be taken when drafting an in terrorem clause to make clear exactly what conduct triggers the clause.

2.         The Importance of Addressing Foreseeable Ownership Issues While You are Alive

Our recent case illustrates the importance of one generation not leaving thorny ownership issues for the next generation to sort out.  The costly litigation over the implication of the in terrorem clause described above could have been avoided had the decedent addressed the underlying issue regarding the extent and identity of his ownership interest in certain real estate during his lifetime.

It was clear well before the decedent’s death that he owned an interest in a piece of real estate that had been in the family for many years, but the extent of that interest was unknown.  Rather than attempting to determine the extent and identity of his ownership interest during his lifetime, he decided to simply not address the issue and bequeathed “his interest” in that real estate to certain of his nieces and nephews.

The consequence of that decision was that after his death his personal representative had to file a court action to determine the extent and identity of the decedent’s ownership interest in the property, which resulted in further litigation among the decedent’s heirs, and the triggering of the in terrorem clause of the will by one of the interested persons.  The litigation lasted for close to five years, at significant cost to the decedent’s estate and therefore to the financial detriment of all of his heirs.  It is a cautionary tale.  If an ownership issue is foreseeable, it should be dealt with in the present, and not be left for the next generation to resolve.

A personal representative has a duty to settle and distribute a decedent’s estate in accordance with the terms of the probated will and the Massachusetts Uniform Probate Code as expeditiously and efficiently as is consistent with the best interest of the estate.  Central to that duty is the identification, collection, and inventorying of the decedent’s assets that are subject to probate.  In other words, a personal representative’s first order of business is to determine exactly what property is in the estate.

In a situation such as the one described above, where a personal representative is charged with distributing an unknown interest in a particular piece of real estate, Section 3-709 of the Massachusetts Uniform Probate Code is particularly helpful.  It expressly provides a personal representative with the authority to “maintain an action to recover possession of property or determine the title thereto.”  Our recent case illustrates that when faced with a scenario where there exists a question as to the extent and identity of ownership of real property, it is wholly appropriate, and indeed is the prudent course of action, for a personal representative to file a court action to make that determination.  In fact, the personal representative may be liable for breach of his fiduciary duty to maximize the value of the estate for failing to do so.

A personal representative also has a duty to minimize the estate’s exposure to liability.  In our recent case one of the decedent’s pieces of real estate, which the personal representative was tasked with distributing, was in extremely poor condition such that it was open to the elements in certain areas, infested with wild animals and insects, and replete with exposed electrical wires, structural, and water damage.  For those reasons the property posed a significant danger to the other people and houses in the neighborhood and exposed the estate to liability for any potential harm caused by the condition of the property.

Rather than simply transferring the real estate to the devisees in that condition, the personal representative exercised his authority under Section 3-709 and took control of the property, secured it, and had it professionally cleaned up, fixed up, shored up, and brought into conformity with state and local health and safety requirements.  The Court agreed that was the more reasonable and prudent course of action so as to minimize the estate’s exposure to liability.  Had the personal representative not done so, he could have been liable for breach of his fiduciary duty to minimize the estate’s exposure to liability.

This article covers only a few estate planning and estate administration issues that we have recently encountered.

Should you have any questions with regard to the issues addressed herein, or any other questions or issues, we would be happy to assist you. I can be reached at [email protected] or 978.774.7123

GET THE LATEST NEWS

Text here about signing up for the newsletter.